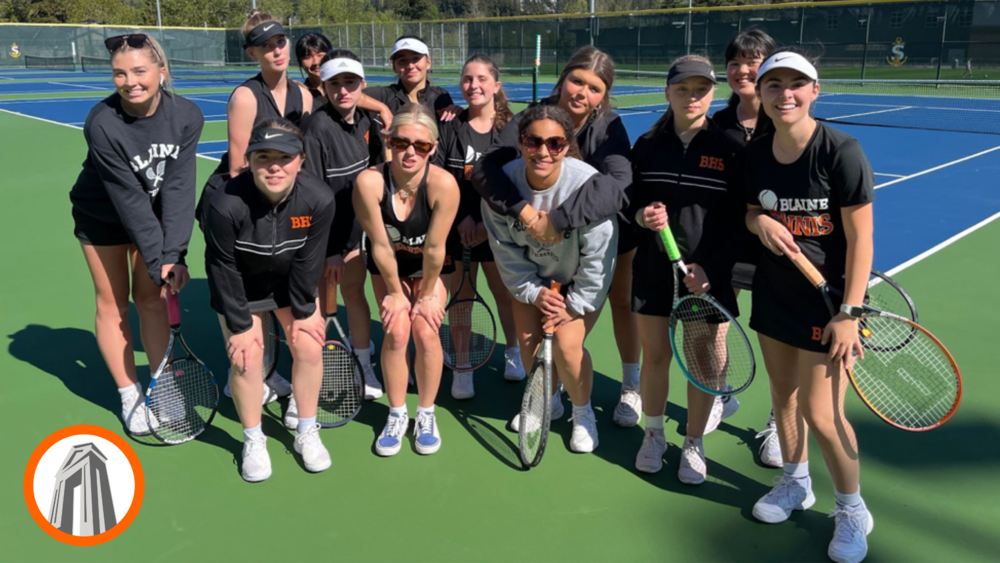 Blaine High School tennis has wrapped up their regular season matches. Varsity finished with a 4-9 overall team record.  Blaine’s First Doubles team, Athena Creasey-Pulphus and Celise Stowe, had a District playoff match against Nooksack on Friday. It was a hard fought battle to the very end, but it was not to be. The girls lost to Nooksack’s Janessa Stadt and Grace Douge, 5-7, in a third set tie-breaker.  Senior Emery Snow will be moving on to bi-districts this Friday at the Amy Yee Tennis Center in Seattle.

Coach Amanda Dahl said about the team, "final team numbers of a season record never tell the whole story. These girls played extremely competitively this year. We played many matches with a team score of 3 to 4, with individual matches repeatedly going to deuce and ending in tie-breakers. Keeping in mind that we are a 1A school playing 2A and 3A schools in our district, I’m really proud of how we’ve done.”

Congratulations Borderites on a great season! Good luck Emery, we're proud of you!